VISIT US THIS SUNDAY

July 7th 1985 the first service was held in a building built and given to the Church by Brother Jack and Shirley Abel. It had previously been used as D&T Bargain and Auction Barn. There were 7 people in attendance for the first service. Brother Jack Abel served as Pastor through November 1996.

In April 1998 through December 1998 Brother Larry Jones was the Pastor.

In September 2002 Brother Jimmy Closterman was called to be the Pastor. During this time, three Sunday School rooms were added to the back of the Fellowship Hall. In 2004, the Church purchased the house and property surrounding the Church. The house was then to be used as the parsonage.

The Church was rapidly growing and, in 2005, a building committee was put into place with plans to build within a five year period, but God had other plans. On March 25th 2007 a ground breaking service was held and during the first week of June construction began on the new Church.

With the help of many volunteer groups, local churches, businesses, friends, families, neighbors, as well as the Church family, Faith Decision Missionary Baptist Church had the first service in the new building on the first Sunday of 2008. A Dedication service was held on March 30th 2008 with more than 300 in attendance.

Brother Jimmy Closterman and His family were called into the mission field in 2009.

In the summer of 2010 Brother Tony Horn was called to pastor the church.

From 2011 till September 2013 Brother Luke Allen served as pastor before leaving to become a full time Chaplin.

“Where there is no vision the people perish.” Proverbs 29:18 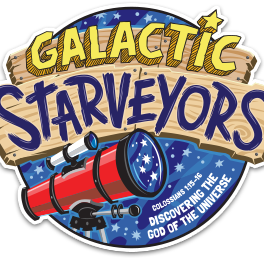 Join Us for Vacation Bible School!

Join us this summer and we discover the God of the universe and His infinite love for us! We will